Declared a Natural Monument and Asset of Cultural Interest of the Canary Islands. It has the most outstanding Archaeological Heritage of the Island of Gran Canaria.

Declared a Natural Monument and Asset of Cultural Interest of the Canary Islands, it has a Special Protection, Conservation and Restoration Plan.
The most outstanding Archaeological Heritage of Gran Canaria is in this area.
El Barranco is ideal for hiking. It has cave restaurants of high gastronomic quality.

The Barranco de Guayadeque is made up of a steep ravine of great scenic beauty that begins in the summit area at about 1,500 meters of altitude and ends at the eastern coast of the island.

It stands out for its pre-Hispanic archaeological remains and for its valuable endemic flora and fauna. It has a large number of cave houses, a hermitage and several restaurants dug into the rock.

It constitutes one of the most important hydrographic basins in Gran Canaria. With a V-profile and walls in some sections that reach 500 meters in height, it measures a total of 11 kilometers in length and is declared a Site of Community Interest by the Habitat Directive and Natural Monument by the Law of Protected Natural Areas of the Canary Islands.

The entire area of the ravine and its surroundings is crossed by a multitude of trails that constitute an authentic road network, originally traced by the first settlers of the ravine to communicate the various inhabited nuclei of the channel and the upper ridges for the seasonal displacement of their herds. .

Through the guide: “Red de Senderos de Guayadeque” you can learn about and enjoy 6 routes, each with different characteristics and difficulties. The selected paths run through the head and upper section of the ravine. The description, descending, is intended to make them more comfortable and easy to follow. The not very pronounced slopes allow a route in an ascending direction without a considerable increase in its duration, nor are they particularly arduous for the trained hiker, which makes them ideal for multiple “loop” or closed circuit combinations. The times outlined are considered “net”: Walked at a light constant pace and without stops, so we recommend adding a certain margin of time in your planning.

Find the 6 trails of the “Red de Senderos de Guayadeque” in our hiking section, by clicking here>> 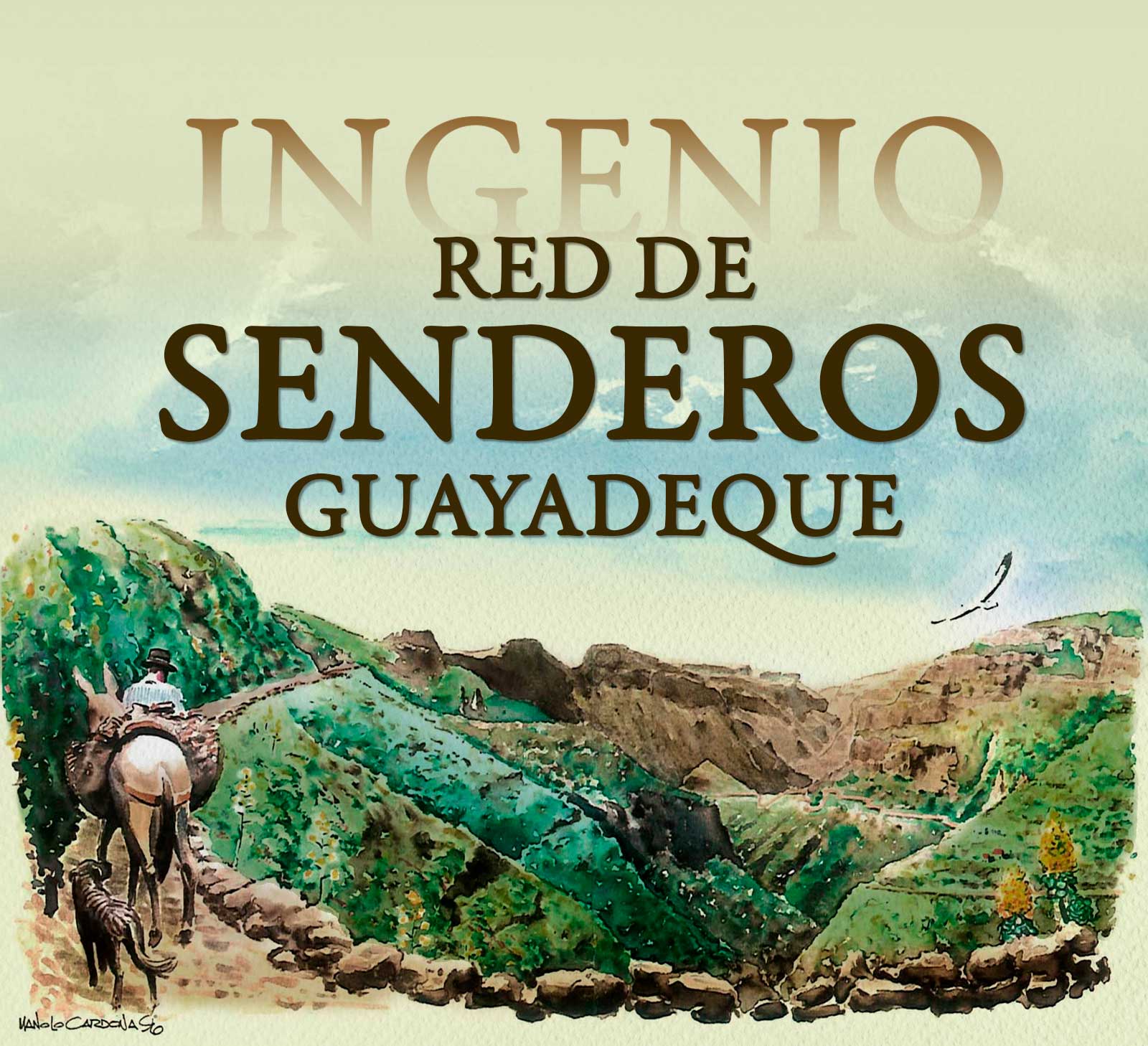 The line formed by the Barranco de Guayadeque with its opposite that of Agaete marks the separation between the two geological units of Gran Canaria: The Paleo-Tamarán (Series I the oldest) and the Neo-Tamarán (Series II and more recent).

This line seems to coincide with the one that determines the climatic transition between the humid island (Alisio-Canaria) and the dry island (Xero-Canaria), which explains the peculiar characteristics of its flora, which, although highly altered with respect to its natural optimum, conserves large number of Macaronesian, Canarian, Gran Canarian and exclusive endemisms of the ravine, authentic jewels such as the parasitic brush (Kunkelia canariensis) and the Giralda (Kikxia pendula). etc… Widely represented, the group of birds has the great variety and richness of the different ecological niches that the ravine crosses. Small mammalian reptiles and even bats join an abundant microfauna that, still under study, complete the animal life of the ravine. 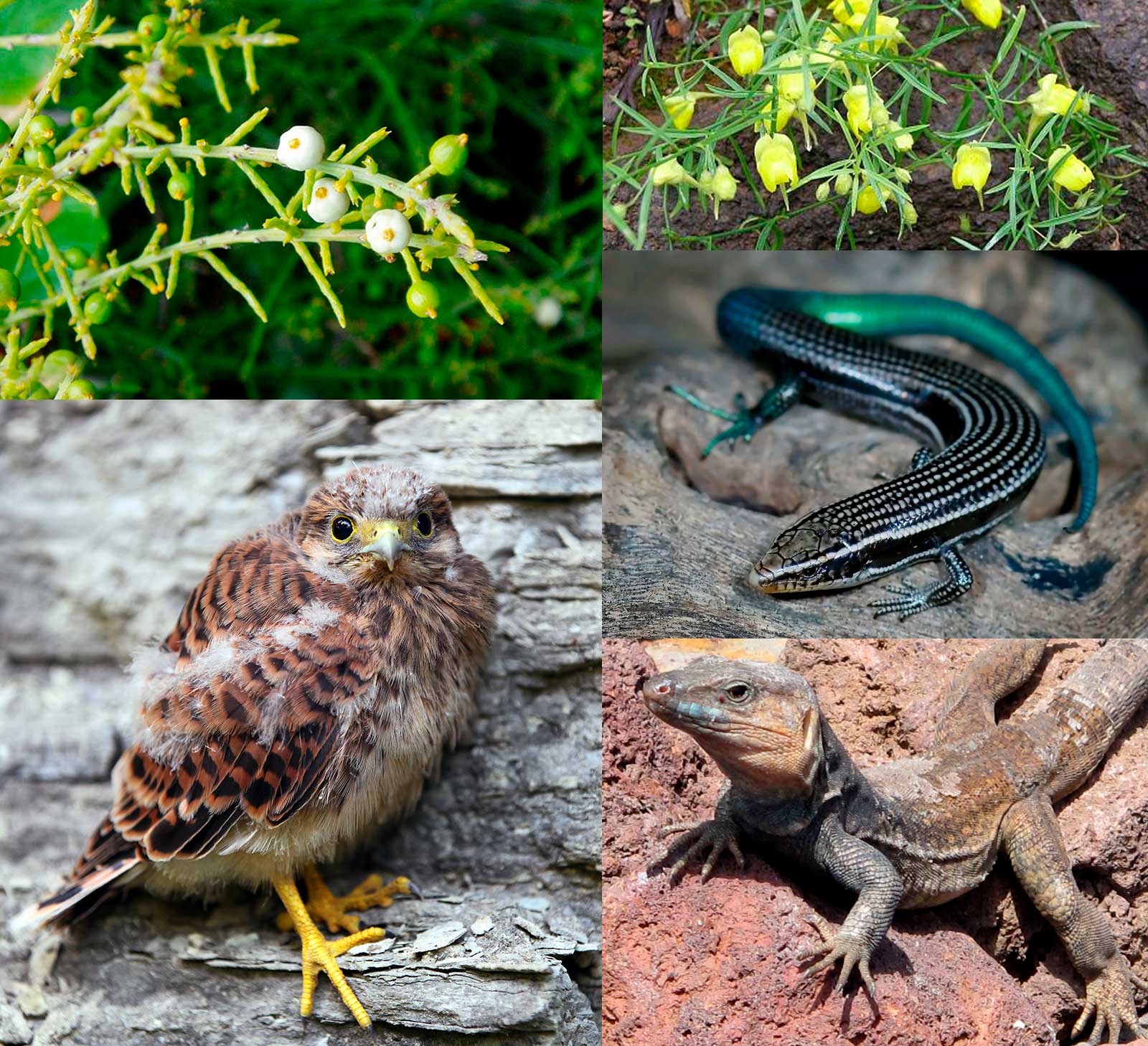 If you want to know more about nature in Ingenio, enter the Nature and Caves of Ingenio section, by clicking here>>

The extraordinary landscape, geomorphological and biological values have contributed to various protection figures such as the one held by the recent Law of Natural Spaces of the Canary Islands: Natural Monument.

All this makes the Barranco a place as special as it is fragile, the knowledge and enjoyment of which demands from the visitor the respect due to this authentic sanctuary of nature that is Guayadeque.

The deep cut of characteristic “V” shape that the ravine opened between much older materials belonging to the Insular Series II revealed those of primitive volcanoes such as pyroclasts (tuffs or toscas) that much later would enable the development of human settlements, that for its facility for carving caves, a type of room characteristic of the inhabitants of the ravine from the first settlement to the present day.

From then on, a multitude of pre-Hispanic sites of such magnitude and richness are preserved that they have made Guayadeque one of the places of greatest archaeological interest on the island, therefore declared an Archaeological Park.

At the Ingenio Historical Heritage Interpretation Center located in the Historic Center of Ingenio, you can visit an interactive space that describes the island’s pre-Hispanic times and a cave that faithfully recreates the mummies found in the Barranco de Guayadeque. 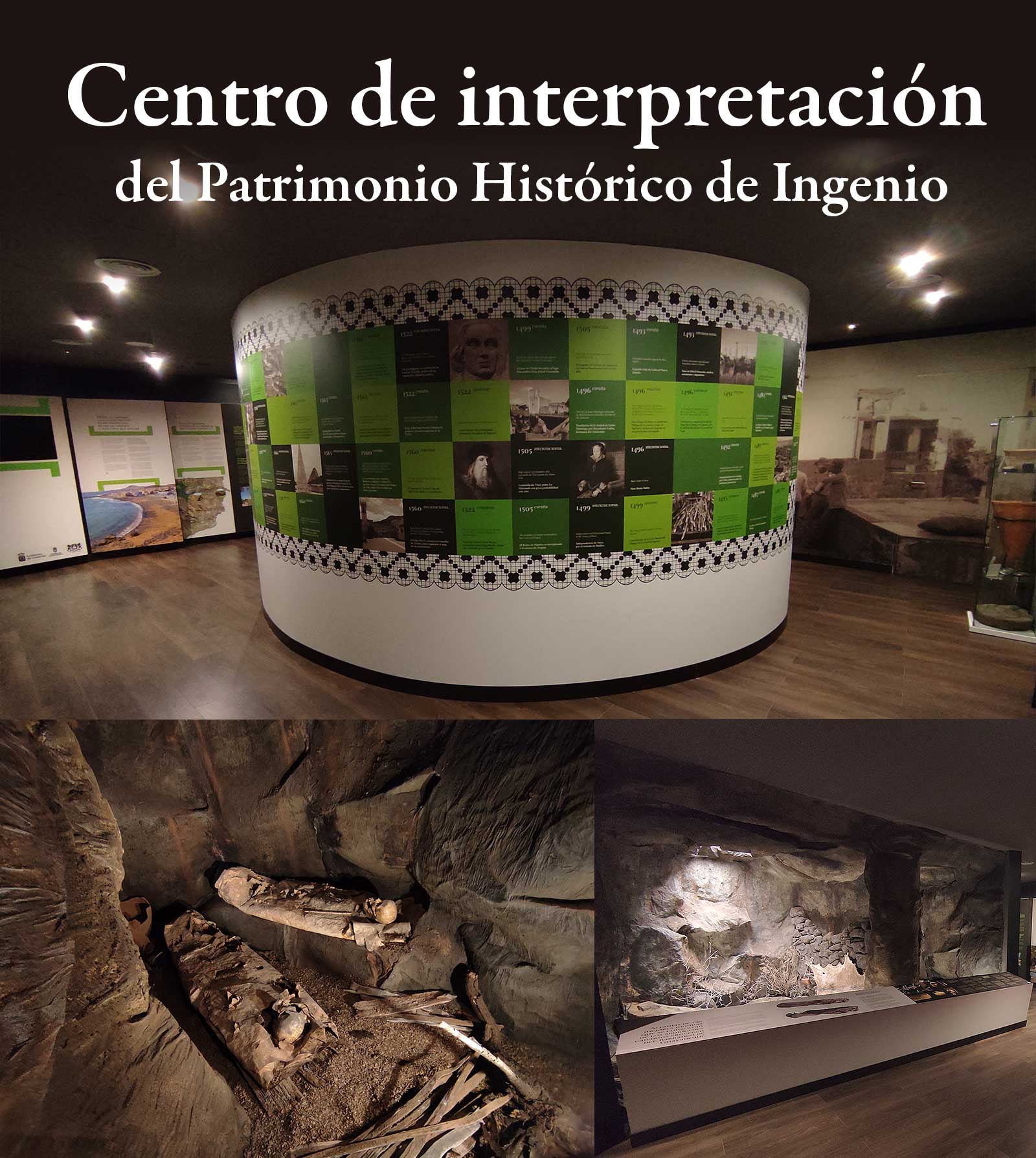 The mummies are covered with goat skins according to their social status. They are lying on a wood of firewood and on the rock of the cave itself for its better conservation. Likewise, there are ceramic vases of butter and water used in the mummification process.
Saved from the systematic looting of several mummies and a large number of objects that explain the level developed by the ancient Canarian culture in this area, they have been exhibited in the Canarian Museum, in Las Palmas de Gran Canaria and in the Interpretation Center in the same ravine.


Special mention requires the current human settlement heir to traditions and ways of life in which the aboriginal ancestor seems to survive.

El Barranco is a special fragile place recommended to those who value knowledge and enjoyment while respecting the historical importance of Guayadeque.


Originated by erosive processes that took place in the periods of volcanic inactivity at the end of the Miocene and even meditated in the Pleistocene, the Barranco de Guayadeque is one of the most important of those that are born in the summit cap and configure the radial drainage network of Gran Canaria, although unlike these, occupies a very narrow strip of land until its mouth on the southeastern coast of the Island. The line formed by the Barranco de Guayadeque with its opposite that of Agaete marks the separation between the two geological units of Gran Canaria: The Paleo-Tamarán (Series I the oldest) and the Neo-Tamarán (Series II and more recent). This line seems to coincide with the one that determines the climatic transition between the humid island (Alisio-Canaria) and the dry island (Xero-Canaria), which explains the variety of a large number of endemisms.


Find the most outstanding pre-Hispanic archaeological heritage of the Barranco, by clicking here>>

An experience that you cannot miss is eating in the famous cave restaurants in Montaña de las Tierras. They have traditional recipes in which new mixtures of flavors are applied. Meals start with starters such as padrón peppers, cheese, bread with ali oli, wrinkled potatoes with mojo or olives. Grilled dishes such as chops, sirloin and salted pork are in great demand. The gastronomic offer is very varied, including fish, seafood, meat, vegetables, desserts, etc. 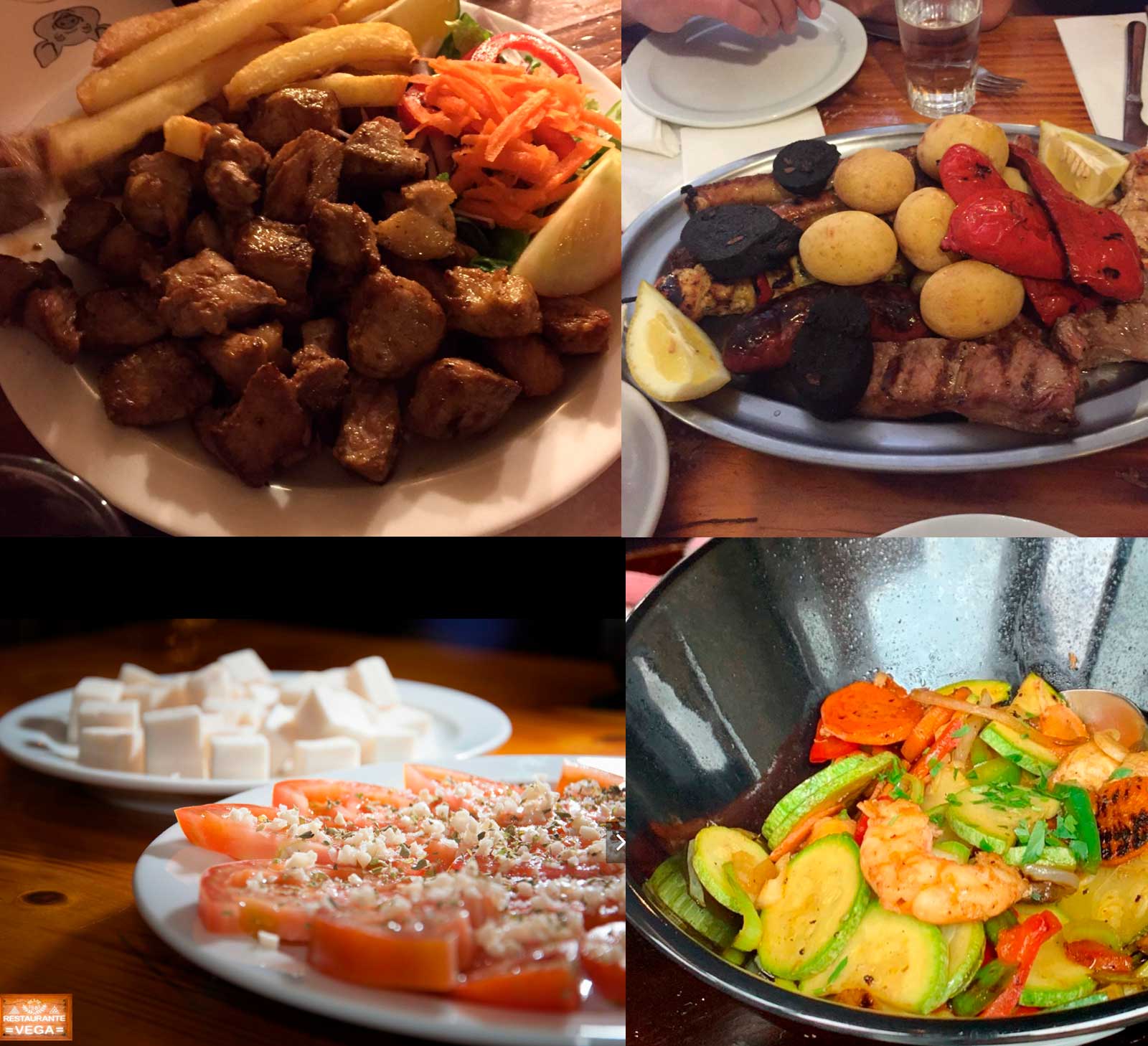 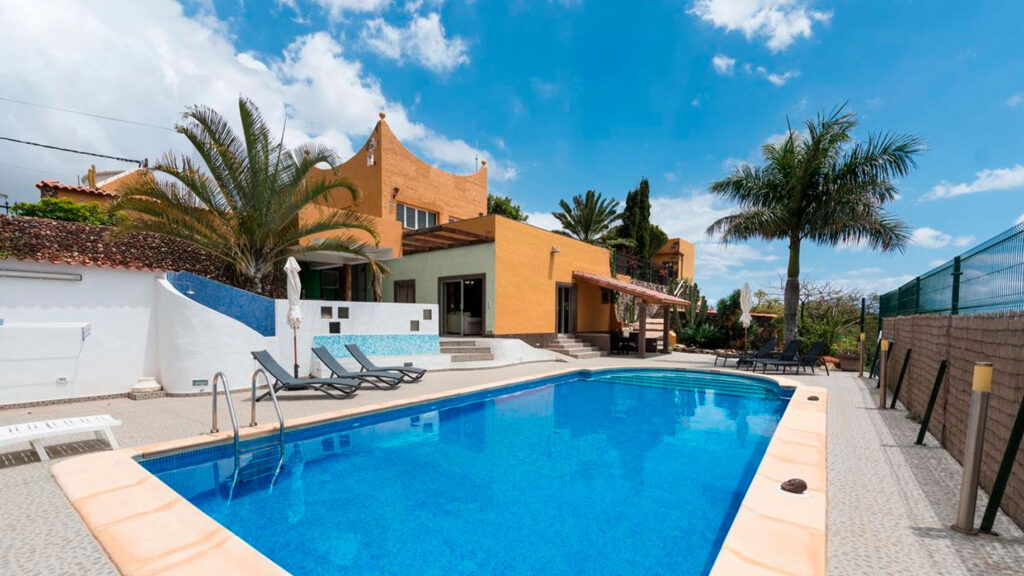 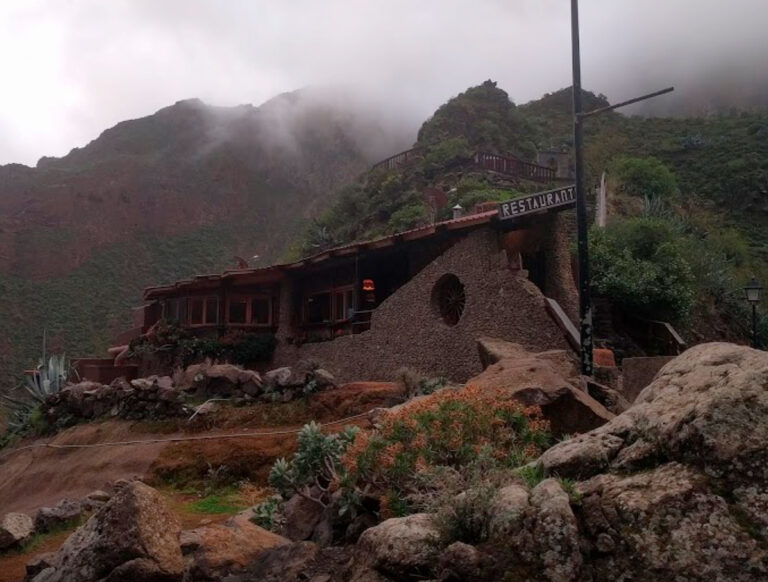 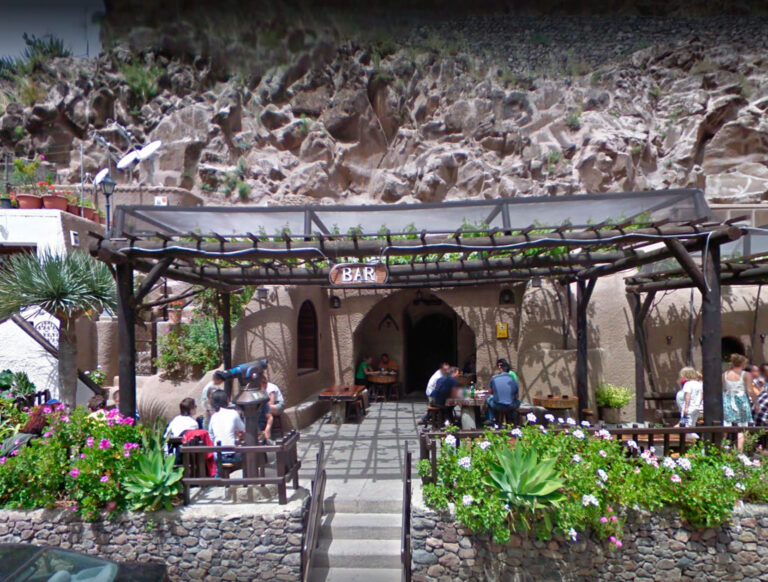 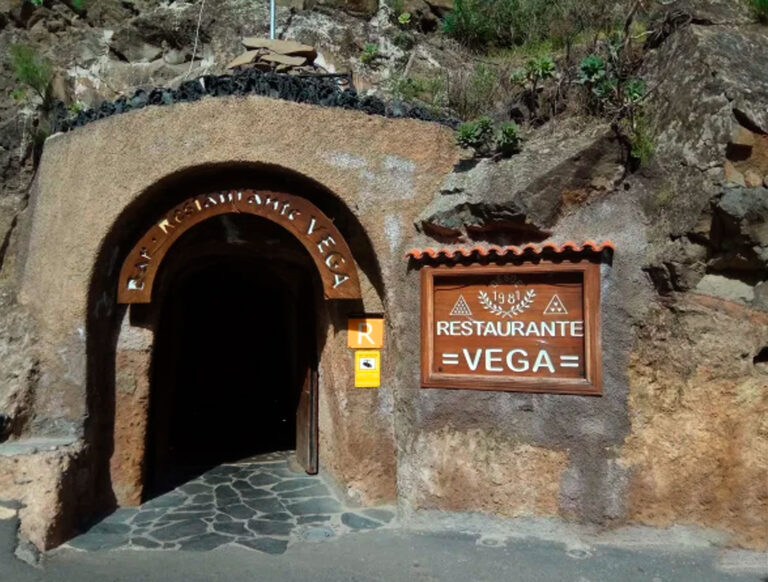 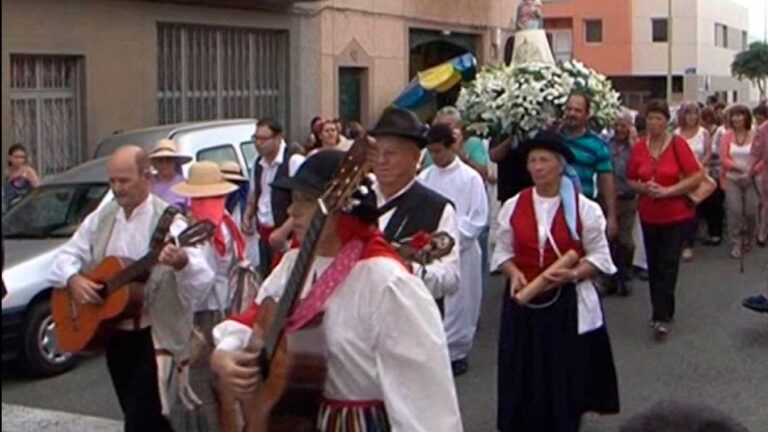 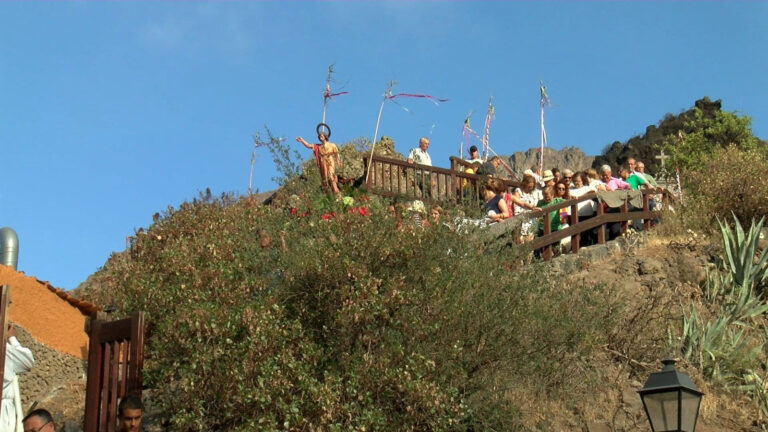 Trails through the head and upper section
More info

If you need tourist information or need to contact us for any question about this portal, leave us your email in this form.